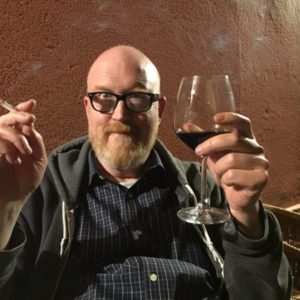 Joe Billis widely regarded as one of the best teachers of Scenic and Comedic Improvisationin America today.  He is one of the founding members of Annoyance TheaterChicago where, for 12 years, he performed in and/or directed more than 60 different shows. He is the Director of Corporate Trainingat iO Chicago and is occasionally a guest performer in 3-4 different shows there. He is a Guest Artist in Residenceat The Second City Training Center where he teaches intensives in Duo Improvisationand Improvisation for Actors.Joe first learned Improvisation and in 1977 studied and worked withDel Closefrom 1985 through the mid 90’s.

Joe performs and directs innovative formats in Long Form Improvisation, including the original Improvised Monoscene Duo show, BASSPROV with Mark Sutton,(Annoyance TheaterCo-Founding Member and Artistic Director for Training and Development at The Second City). They have been heralded by the NY TIMES: “BASSPROV refreshingly has the feel of a quiet character study…jokes emerge organically, using wordplay, character quirks and quicksilver wit.”

Joe has played as a guest inThe Scene andChica GO-GO at The PITin New York City, with Let’s Have A Balland ASSSSCAT 3000at UCB Theater inNew York & L.A and with Kornfeld & Andrews at Magnet Theater in New York City.

He has performed, directed, taught and/or served as an Artistic Adviser for a number of Improvisation/Comedy Theaters & Festivals all over North America, Europe, The Middle East, Australia and South Africaand at every major Improv Festival in The United States.

In this workshop I will share with you tools for Impro scene and character work. My toolkit is made up of tools and techniques from my more than 40 years of experience with improvisation. The aim is to help improvisers move from negative feelings, or areas of defecit when they play (anxiety, weakness and confusion), towards a powerful connection to self, scene partner and scene. Students are invited to share issues they are facing in their impro lives at the beginning of the intensive and I will provide tools & exercises to help them, with both behavior and mind, and lessons that can be applied immediately in everyone’s impro play.

In this workshop we will focus on the psychological dynamics between characters that come into play while improvising a scene. This is literally covering the platform of what it means to work “from the inside out”. See how your character’s thoughts and feelings, decided and discovered, work together to inform how your character experiences self, others, environment and world. Then take the techniques we practice back into any scenic or narrative format in the world!

In Improvisation so often the ending is in the beginning. Let me help you begin your scenes in service to yourself, your scene partners and the show you’re doing. I’ll show you how to attack the first 0-15 & 15-30 seconds (The Golden Time) of a scene. This includes the mindset of readiness, playing with energy variety for initiations, strategic & emotional listening, awareness of interpersonal vs. circumstantial dialogue and tracking the context through patterns that you establish right from the start. Everyone will walk out of this workshop with at least a couple of new tools that they can begin to employ immediately.

In this workshop we are simply going to start with nothing and then see how there is always something there to be discovered and played. Come with nothing then we’ll do something. 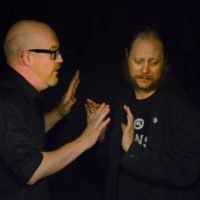 For his Special, Joe will perform Paradigm with Lee White.

Joe Bill (Bassprov, Chicago) and Lee White (CRUMBS, Winnipeg), two heroes of North-American improv theatre, join forces in this duo. Combined, these two are over 12 feet tall (3.7m), have almost 50 years on stage and have both been called masters of long form improv. Together Paradigm set forth on a quest for exploring new forms, confronting modes of performance, and teaching their methods and philosophies on long form improvisation.

Two legends of improv join forces to rattle the stage and shake the foundations. Paradigm pays honour to the North American style of long form improv. Joe Bill, old school Chicago long form guardian, joins Lee White, long form vandal, for a toxic explosion that may not be contained by this theatre. Watching Paradigm is like watching master craftsmen. With flow and ease, they compose story and structure in front of your eyes and before you know it, a boulder has become a masterpiece. On a quest to showcase new forms, each show will be a snowflake engineered by giants.