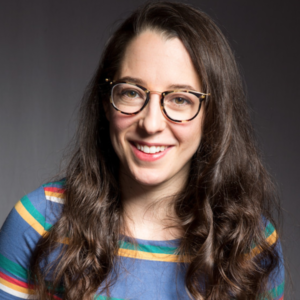 Kaci Beeler is an improviser, playwright, visual artist, stage and film actor and director based out of Austin, TX. She has been performing improvisational theatre since 2003 and is a company member of the award-winning ensemble Parallelogramophonograph. She regularly performs, creates, and directs critically-acclaimed boundary-pushing improvised shows at The Hideout Theatre. Kaci has toured to over 50 cities and 8 countries including the UK, China, Korea, France, and Japan to perform and teach improv.

Kaci absolutely loves making rich and exciting worlds onstage alongside driven artists, and has garnered much critical acclaim and praise since she fell backwards into directing. She has studied and worked alongside improv luminaries such as Keith Johnstone, Patti Stiles, Steven Kearin, Todd Stashwick, and Colleen Doyle and taught improvised theatre to students from Beijing to Melbourne, Dublin to Barcelona over the past 13 years. Her theatre company American Berserk Theatre uses improv to create fresh and alive fully scripted productions.

Based on her popular Romance & Intimacy workshop taught across the U.S. and Europe, Kaci is offering this intensive for the first time ever for Sacrebleu! The most exhilarating scenes in improvised theatre are the ones that push us just outside our comfort zones and bring us to the moments of strong decision: a passionate first kiss, a crushing betrayal, a heroic sacrifice. In order to make these moments both dynamic and believable, we need to get closer in ways that make us physically and emotionally vulnerable.

Learn how to move into the moments in a way that’s truthful and compelling, and the specific techniques for what to do when you’re there. Your body and your heart are your strongest tools – let’s learn how to use them to safely explore (what can be) improv’s most alluring offerings.

We’re all gonna die one day, so why are we so damn precious about looking cool onstage?? You’re doing improv, it’s really not that cool. You know what is cool? Embracing your inner weirdo and having a blast on stage with other people who are embracing their inner weirdos.

In this workshop we’ll get you out of your stupid head and back into having fun. Not only will your scene work improve, but you’ll also be so much more fun to watch.

We are all human beings, and as humans, we love and chase compelling stories and memorable characters. But how do we make memorable characters on-the-spot in improvised theatre? One delightful tool is the archetype Rolodex! The character types you love from books, movies, and television are right at your fingertips – and actually – already in your brain!

In this workshop, you’ll learn to access and recognize dozens of character types and use your own body and voice to fully inhabit them. “Stealing” has never been this fun or useful! 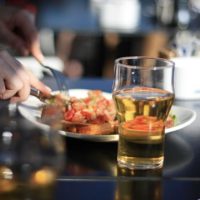 For her Special, Kaci is for the first time part of an exclusive duo with Amy Moule!