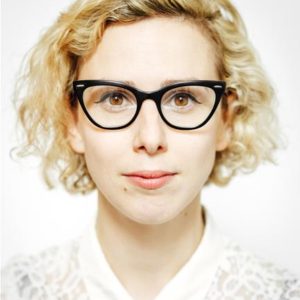 Katy is an actor, writer, comedian, director and improviser. She trained in Drama at the University of Hull before finding her true passion in long form improvisation at iO Chicago, Second City Chicago and with teachers from Annoyance, UCB and other world class training schools.

Katy has been a member of the award-winning Maydays since their founding year in 2004. She performed in a duo with Rachel Blackman for over a decade and in science fiction show Project2 since 2012. Katy is a Funny Women Finalist, Latest Comedy Show Award nominee, a sketch comedian and has written and starred in several highly acclaimed live comedy shows including Schutte the Unromantic and Who Ya Gonna Call? a fan-tribute musical. Her latest production is a folk-horror play entitled Let’s Summon Demons. Her book The Improviser’s Way is published by Nick Hern Books.

You can often catch her in nerdy comedy shows and TV commercials. Katy lives in London and teaches and performs all over the world.

Fly a jet, drive a mega-robot, stroll through verdant gardens or throw a can of beer to your flatmate. Learn how to create environments and objects that the audience will really see and remember as if your blank stage was a film!

Use imagined surroundings to find out about your character. Discover the secrets to recalling where you and the rest of your team ‘put’ everything and never walk through a mime table again.

With only two performers, how can you move fluidly from one scene to another, how do you hold more than two characters in one scene, what can you do with object and environment and what is your show’s dynamic?

Working on techniques for rehearsing and performing two-person improvisation, this workshop builds your trust and skills around that one other person.

Come alone or with your duo partner!

Physicality is the building block of dynamic and engaging ensemble scenes. Whether you’re a newcomer to improvisation or a veteran of the art, getting back into your body and being hyper aware of the physical choices made around you allow for incredible group work. With everyone playing almost the whole time, this class gets you back into your body; creating powerful, beautiful stage images. 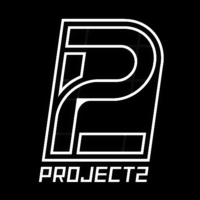 For her Special, Katy is part of Project 2 with Chris Mead.

Science-fiction and theatre collide in Project2 as Katy Schutte and Chris Mead create a new sci-fi epic on stage every night.

Their performance might take them into the hyped operatics of Star Wars, or the more subtle psychology of Solaris… every show is different!

​Project2 are character-led, truthful and faithful to the infinite genre of Science Fiction.